The well publicised Bay of Fires and Mount William National Park is a stunning location for photography and often voted one of the top tourist destinations of Australia. It has masses of fiery red rocks, and pure brilliant white sandy beaches which contrast against the azure blue Indian Ocean.

Located on North of Eddystone Point lighthouse half way along Deep Creek Road an outcrop of red lichen covered granite boulders sit amongst the waves.

When I arrived at Picnic Rocks, Bay of Fires after a short drive from Ben Lomond National Park along a wet sandy Eddystone Point Road (lots of fun in a campervan) I had a nose around the light house and creek before parking up just off the beach. The creek is an eerie place with what seem to be many empty holiday homes. I didn’t stick around for long, I felt like I shouldn’t be there. Grabbing my gear I wondered down onto an empty beach, I was amazed how white and pristine the sand was.

The sun was getting low at this stage so I started scouting for compositions. The first few frames were of the sea weed casting long shadows washed ashore by the tides leaving them stranded and the sand smooth. I had to retrace my steps so I wouldn’t disturb the sand and to keep the scene pure as I have photographed it. I circled around the rocks looking for different compositions, getting down low and wet to catch the incoming waves which lead the eye back to the rocks. As the sun dipped below the sand banks behind me I jumped up onto the rocks closer to the shore and upped the shutter speed to 60+ seconds to give the sea a milky aesthetic much like the motion blur in the clouds. 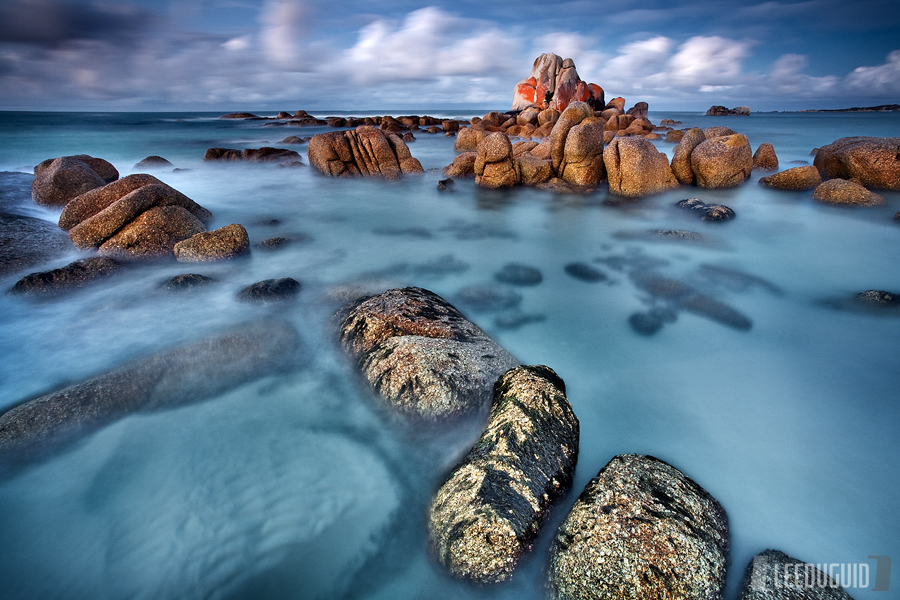 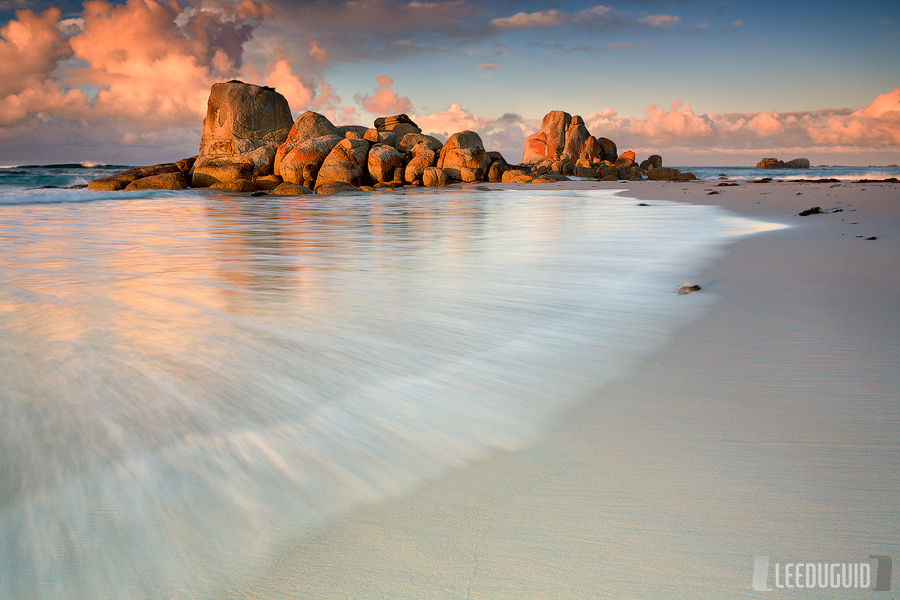 After taking photos of Picnic Rocks I drove from the beach round to the light house car park where I would spend the night. A short while after dinner, a couple of fisherman knocked on the van door to invite me for a walk up to the light house. I tentatively accepted. We walked by torch light up to the foot of the impressive light house where there seemed to be dozens of dead seagulls (strange but true). The three of us further adventured up to the headland to see what boats where on the horizon. We returned to the National Parks hut at the car park and sat around the fire talking of fish and photos.

The next morning I was up and out taking photos before the sunrise and the fisherman, first shooting from the rocks to the North and later the brilliant red rocks to the South. In the relative isolation I took it easy clambering over the rocks positioning myself to frame the rocks and the light house. I did slip and for a moment and thought I was in trouble but it all turned ok and I came away some amazing photo’s from this stunning location. 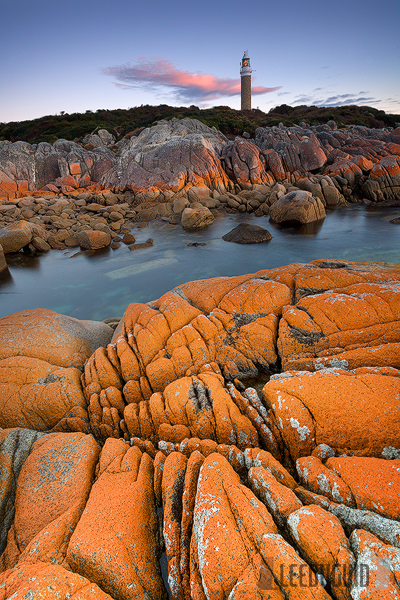