I’m a bit late to the game but i finally bought me a Sony camera. Yep, it’s heralded as the ultimate landscape photography camera, the Sony A7r. You mean the Sony A7rII? Erm no, sorry, not the much hyped Mark II version, but the years old Mark I.

There are a number of reasons why i bought the Mark I rather than the Mark II. First and foremost was cost. The newer version is waaaay more expensive. Especially when compared to the price of a second hand A7r Mark I camera, many of which are flooding onto eBay. To fund the Mark II, I would have had to sell one of my other cameras, probably the Canon 5DMkIII. The Canon 5DMkII and Canon 17-40mm F4 L have to stay, as I have an underwater housing for this setup. So that also meant I would either have to buy a Metabones adapter to use my Canon lenses with the Sony, or buy new lenses. Either way investing in the Sony A7r Mark II was going to be an expensive option.

Having the cheaper camera and lens adapter allows me to play with the Sony without committing fully to a Sony/Zeiss setup. I don’t need to sell all my gear and I can have my trusted Canon MkIII as a back up / second camera in Iceland later next month. The A7R MkI is also an incredibly light camera (465g), lighter than the new model. For hiking its perfect. It will allow me to shave off a few more grams when I go hiking this winter, something I need to look at doing myself! The A7r has a huge dynamic range which i’m looking forward to testing out. I’ll do some test shots here before unleashing it on the Aurora and nights sky in Iceland.

Anyway this isn’t a review, just some of my thoughts behind purchasing this camera. I’ll probably write some more about my experiences later on. 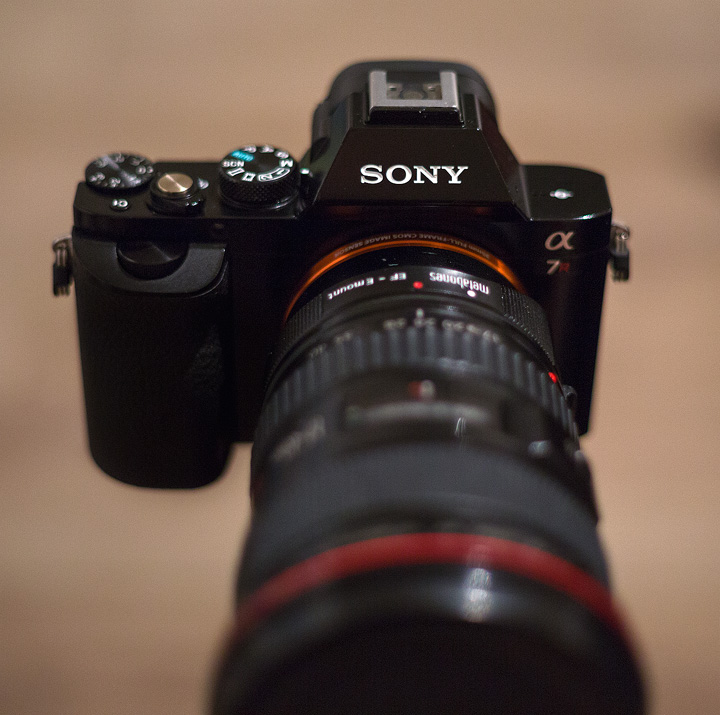