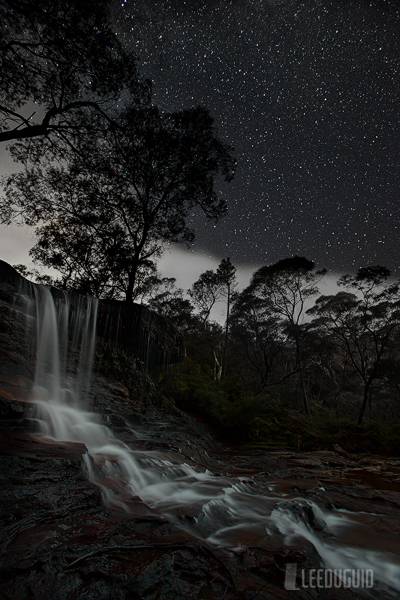 I spent a long evening on my own up in Blue Mountains National Park in an attempt to nail this shot. I had attempted this before with mixed results so I went back with some lessons learnt and tried again. Arriving at Wentworth Falls in plenty time I knew sunset would be nothing special but that was not why I was there. The sky was clear and perfect for the star shot I had envisioned. Setting up my tripod as the sun went down I first concentrated on getting the composition perfect. Here’s a step by step of how I photographed this shot.

1. Composition – I knew what worked from having shot here previously so with that in mind I literally set up my tripod in the same spot. I then further refined it as I normally do making sure there was enough of the waterfall to the right, the waterfall was big enough in the frame, and the balance between trees and sky was just right.

2. Exposure for the foreground – With my focus set to a third into the image I began to play with shutter speed, aperture, and ISO to achieve a natural looking exposure with plenty detail in the darkest areas of the foreground. I settled on F11, 30s, ISO 400,  photographed at 5.52pm – 29 minutes after sunset

3. Setup aperture wide open (F4) to get as many stars as possible and focus at hyperfocal distance using last available light.

3. Wait – This is the fun part, thankfully I had mobile phone internet access so I could catch up on emails whilst waiting for it to get dark enough for the stars to really pop. 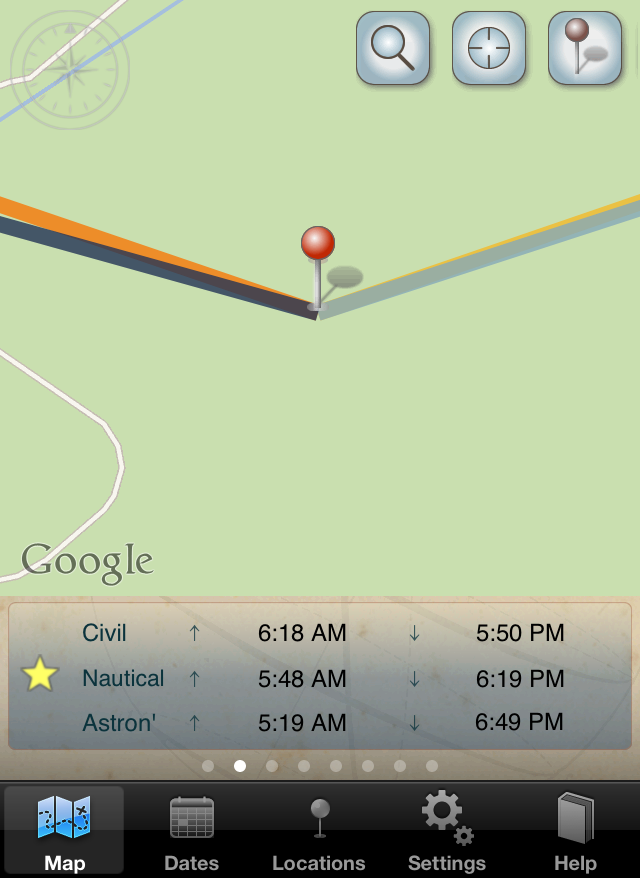 The sky was capture with F4, 30s, ISO 12800, at 6.37pm. The ISO might seem crazy high, and in retrospect it probably was a touch too high however it is better to correctly expose the sky rather than to under expose it and try to recover it in post. This is when you get horrible noisy images and is a definite no no. The shutter speed was the maximum amount of time I had to shoot before movement of the earth became visible in the stars (before the stars appeared to be moving within the image).