I was out teaching time lapse last night at Long Reef and decided to stick around for sunset. It gets very windy out there and last night was no exception. I decided to seek some shelter walking to the Northern side, my camera/tripod was getting blown over making it impossible to take long exposures. As I walked around the headland I saw what I first thought was an upturned boat or a small whale. I approached it from behind so it was really hard to see what it was being round and nondescript. I soon discovered that it was actually a turtle and its fins and back legs had been eaten by sharks. Its not a nice thing to see but as the turtle was so big (about 6ft in length) I can only assume it died of old age. I hope by now it has been returned to the sea by the incoming tide. 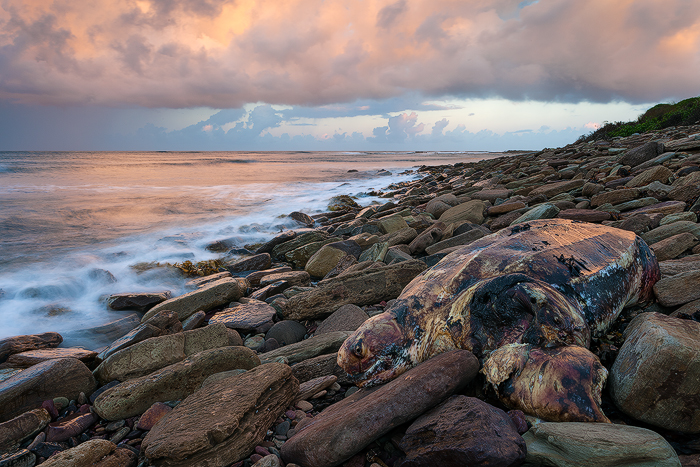 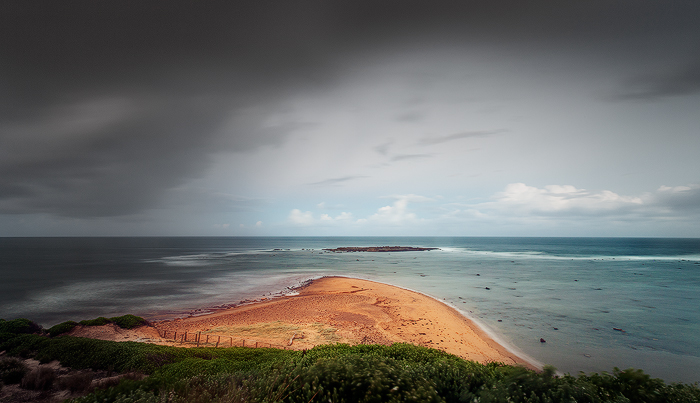