In the alpine region of Victoria, Mount Buffalo National Park always promised uncompromising beauty. A journey to this location with fellow photographers Tim Wrate, and Chris Smith proved to be fruitful experience.

The photos below were captured over the short period of a sunset and a sunrise. This was one occasion when the photography gods smiled down upon us and rewarded us with some amazing light to match the scenery. Our first shoot at sunset, the clouds rolled in just as the light was getting good and soon engulfed the previously cloudless sky. A small gap in the cloud on the horizon was just enough for the sun to cast a brilliant warmth across the mountain and onto the imposing Cathedral Rock. As we returned to the car gaps appeared in the cloud cover, at this altitude with no major cities nearby the possibility for some night photography was evident, the stars flooded the sky.

The next morning started out somewhat foggy. Not to be discouraged we set off in the dark up the side of the snow and ice covered mountain to its summit. We had scouted our location the afternoon before and knew the compositions that worked. The morning sun appeared to rise very slowly, its light diffused by the thick fog which glowed orange before burning off. It wasn’t long before the peaks were exposed and a fleeting fogbow appeared much to my delight. Having captured the best of the light we headed down the mountain side back into the fog. With the defused light we stopped one last time to shoot Eurobin Creek, a perfect end to a productive morning. 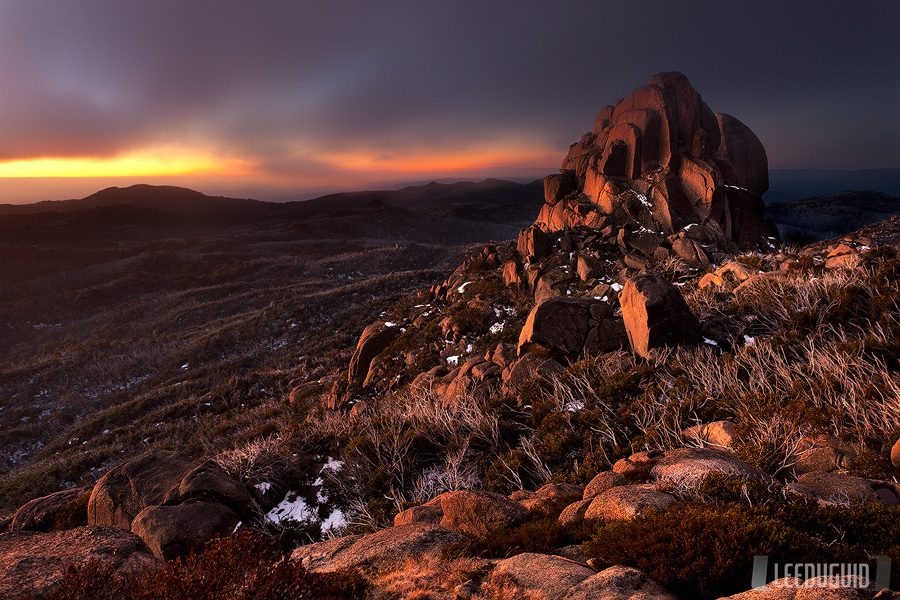 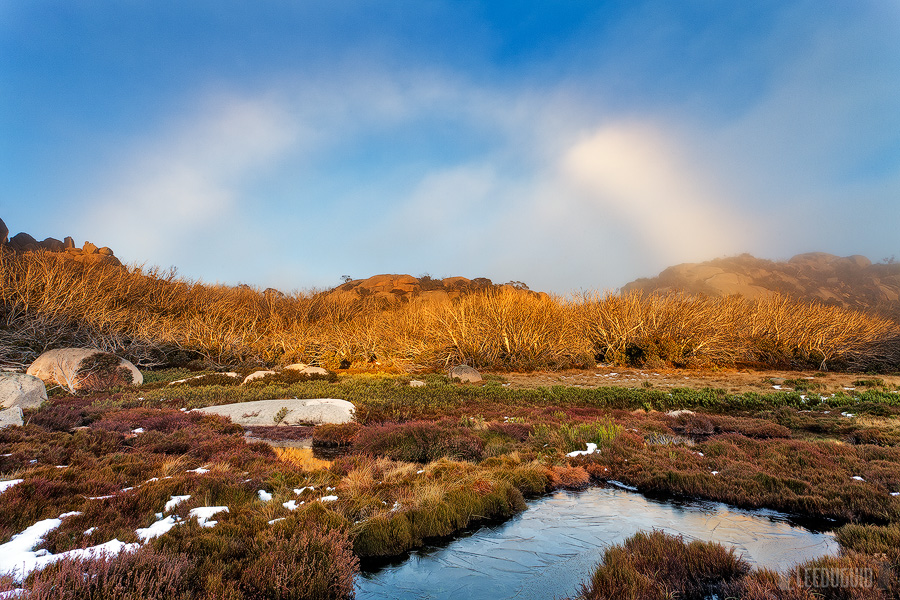 A fleeting fog bow, mirrored by the arch of the still marshland water 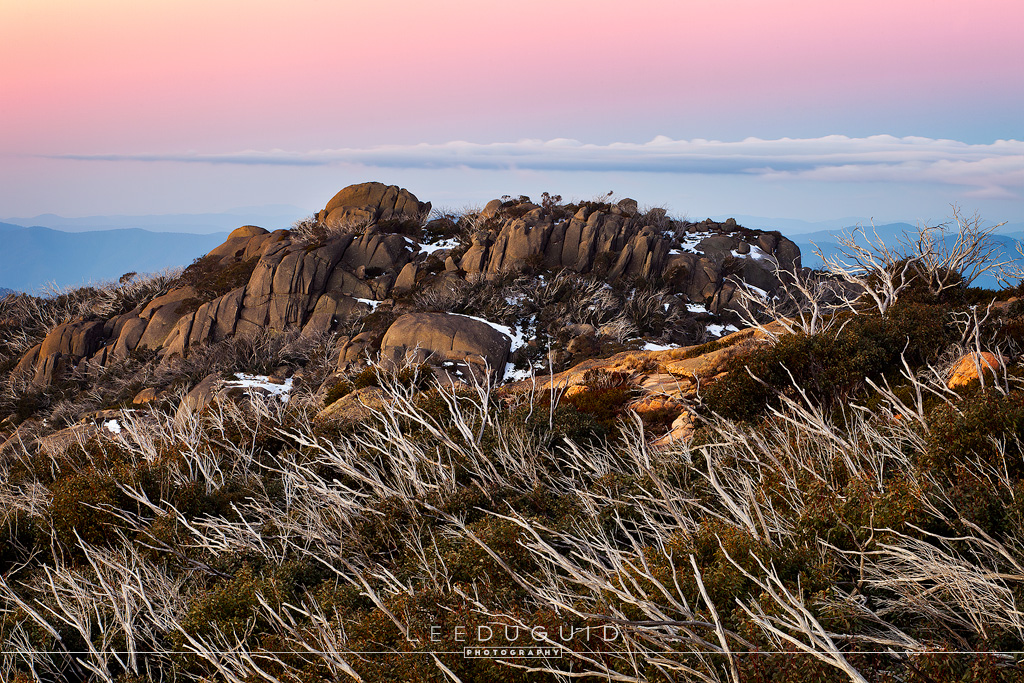 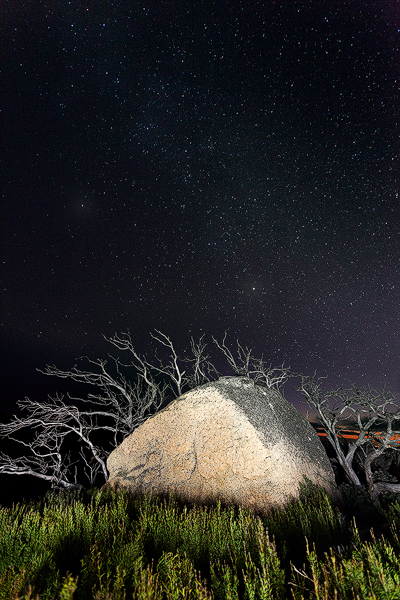 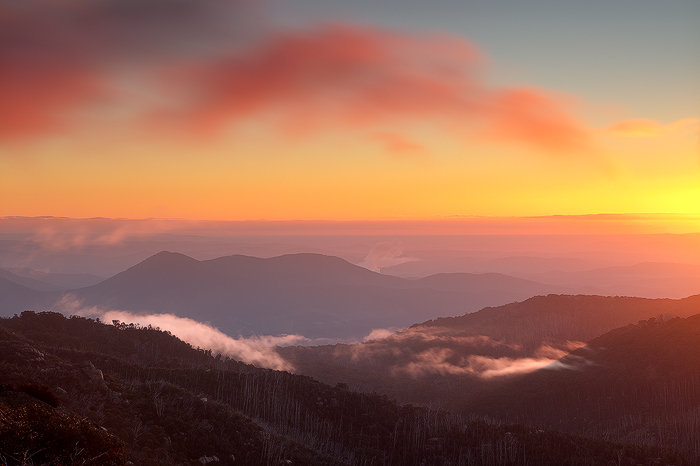 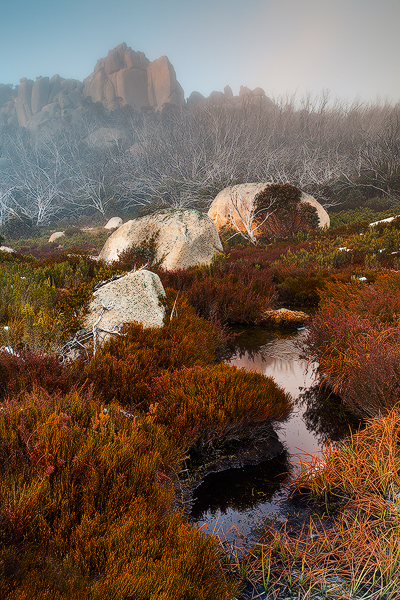 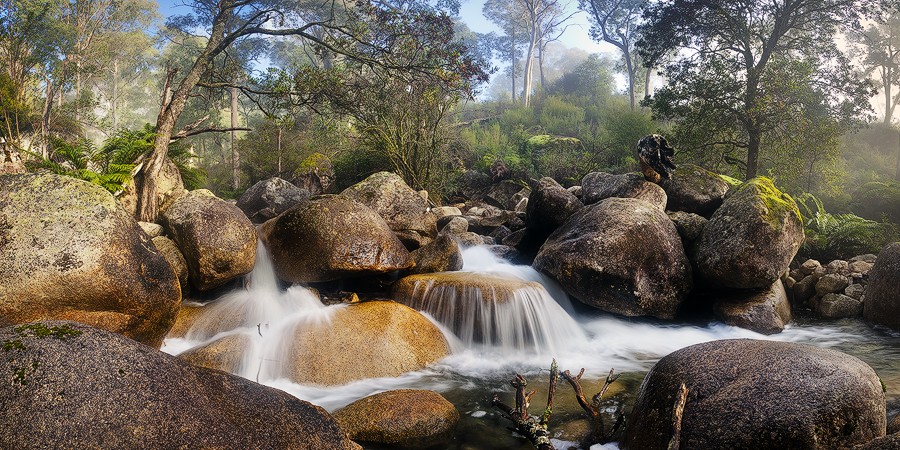