Triglav National Park (Triglavski Narodni Park), Slovenia was an unexpected surprise on my travels through Europe. Our first stop after Slovenia’s capital, Ljubjana was Bled which sits on the outskirts of the park. Little did I know the amazing scenery that lay just a few kilometers away. A short drive from possibly the worst hotel we stayed at on our trip (you can’t win them all) is Vintgar Gorge. Vintgar Gorge (Blejski Vintgar) is Slovenia’s most popular natural attraction having been carved out by the azure Radovna River leaving sheer 50-100m cliff faces. As we travelled further North in Europe the onset of autumn became more apparent with contrasting red and orange trees perfect for making some very special photographs.

Photographing here presented some interesting challenges. The tight gorge forces roaring water though some very narrow channels and over some amazing waterfalls. The immense force of the water hitting the rocks meant that parts of the 1.6km track were shrouded in a fine mist. Not so good for taking photos. The rest of the track was great with access to get down to the river level as well as vantage points from a suspended walkway (good if no one is walking past).

For a video of my adventures in Slovenia, check out my video here. For photographs from Bled read my post here. 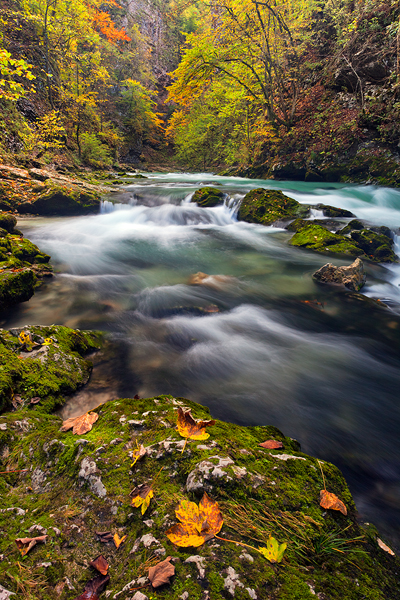 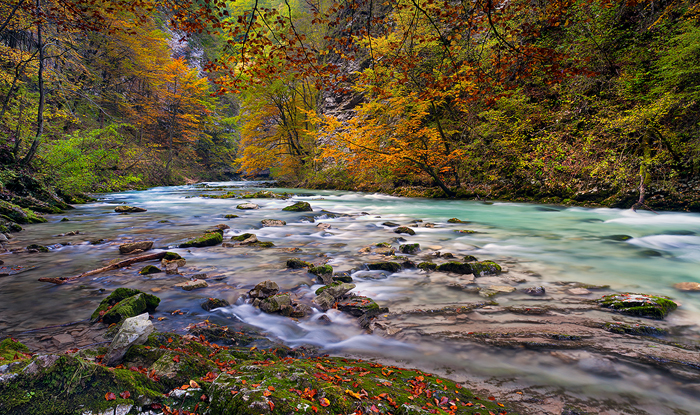 After a couple nights in Bled we set off in our hire car heading towards Salzburg, Austria. We had a few hours to kill so we decided to venture into the National Park further following a road that dissects it. The scenery was truly spectacular. The highlight had to be the waterfall photographed below. A short hike and you can actually venture behind it making for a very unique photographic experience. The heavy rain had got the better of me and after managing to get a few shots in I decided to retreat to the car. The Canon 5D MkII’s weather sealing had been push a bit too far and the LCD display was fogging up from the inside (ooops). It didn’t take too long to dry up actually, with the lens off the car’s A/C sucked all the moisture out of it. 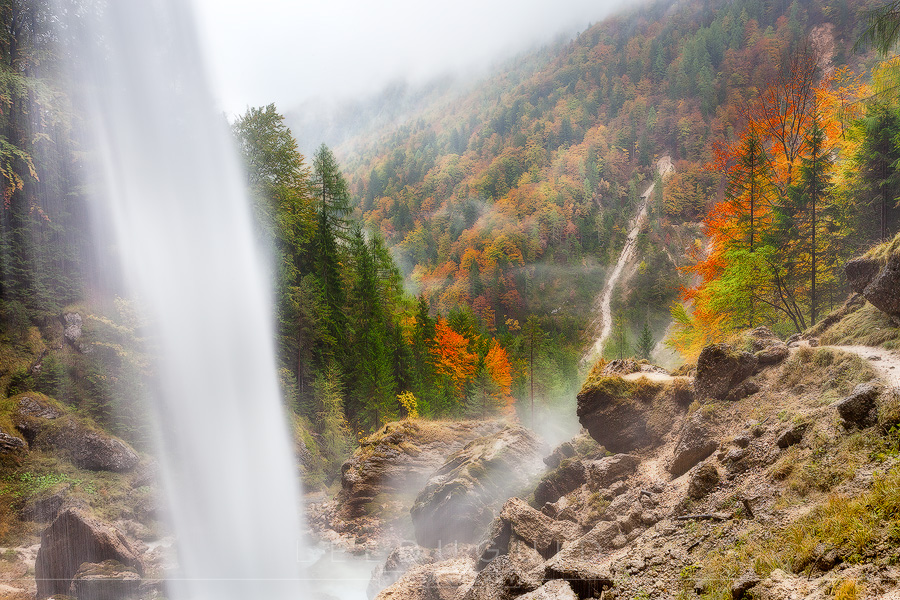 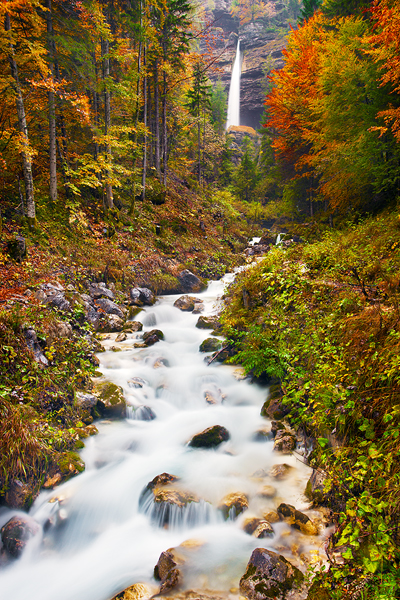