A must for all photographers and a location I had been desperate to get to since arriving on Australian shores back in 2003, Uluru-Kata Tjuta National Park aka Ayers Rock and The Ulgas. First stop after our flight direct to Ayers Rock Airport was Kings Canyon a few hour drive away. Interestingly even though it’s a 300km drive there is only one turn so don’t miss it! Here we spent a couple of nights exploring the canyons entire length photographing in the cooler hours.

Of course being in the middle of nowhere things that aren’t in bountiful supply can be hard to get and are generally expensive. That is apart from Kangaroo’s tail. Not something I have ever bought but yes, there in the service station’s refrigerator, in plentiful supply, the appetising Kangaroo tail.

The area surrounding Uluru-Kata Tjuta National Park is not as flat as you would think. There are several large rocks in the area which I’m sure fool many a tourist driving through from Kings Canyon or Alice Springs. The real rock is mighty impressive. You will spend several hours much as I did in wonder at its size. With nature such scenes can become blasé so it was nice that on the last day I was still in awe. There were several highlights to the trip. I highly recommend walking through the Valley of the Winds at Kata Tjutu (The Ulgas). Another one not so accessible but worth every penny (cent) is a helicopter flight around the park. The photographs that follow were taken from a chartered helicopter (cheaper than 4 tickets) at sunrise. 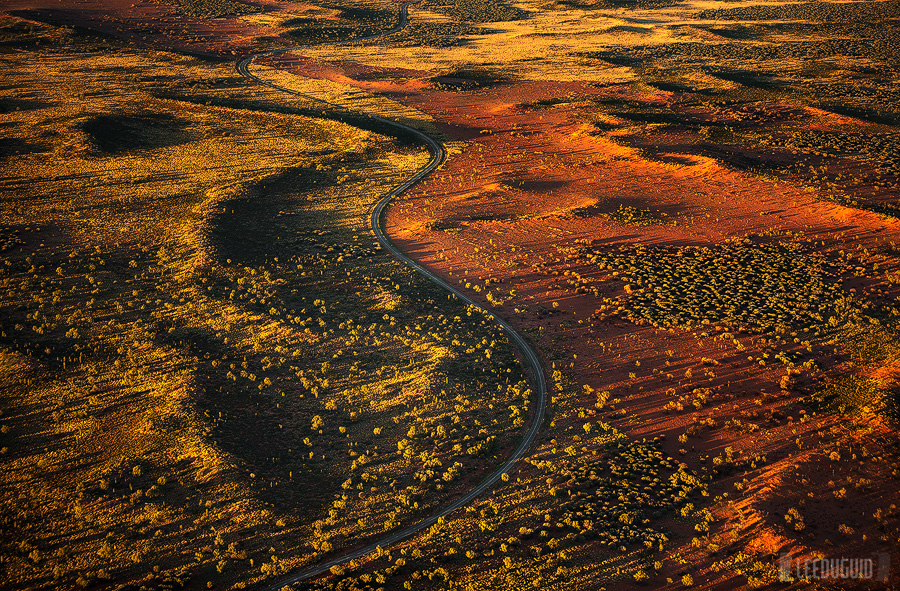