This was the introduction to winter camping that I didn’t expect. Well some aspects I did expect, and prepare for. I knew it would be cold, how cold was a surprise!

I was down in Tasmania for the AIPP annual Event which this year was being hosted in Hobart. After several days of photography, dinners and networking it was time for some adventure. I had come prepared for my first winter camping experience. Unfortunately I was trekking solo, winter camping is really not something you should do on your own. However the only way to get experience is to just get out there, I needed to test out my gear before experiencing the real cold in Kosciusko a month or so later. So armed with an EPIRB (emergency beckon), my camping and camera gear I drove to the outskirts of the park.

With over 20Kg’s of gear the first climb of 500 vertical meters over 2km’s from the car park up to Wild Dog Creek camping area is for the fit only. I was pretty fit and had been conditioning my legs for some weeks but that was hard work! After four hours and a few wrong turns I made it to the camp just as the sun was setting.

The first night was beautifully clear and I spent sometime photographing the stars. Being on your own in such remote locations is really special. Spending it sleeping in -10C not so much. The low temperatures caused the valve on my sleeping mat to freeze and the mat to deflate several times through the night. Being the primary source of insulation between me and the frozen ground meant I had a very cold and sleepless night.

I awoke to a completely transformed landscape. For the first few hours of the day everything was covered in thick frost. The frozen grass provided a very unique and interesting foreground especially as it contrasted with the warm morning light making the distant hills glow red. A great mornings photography was just the reward I needed. 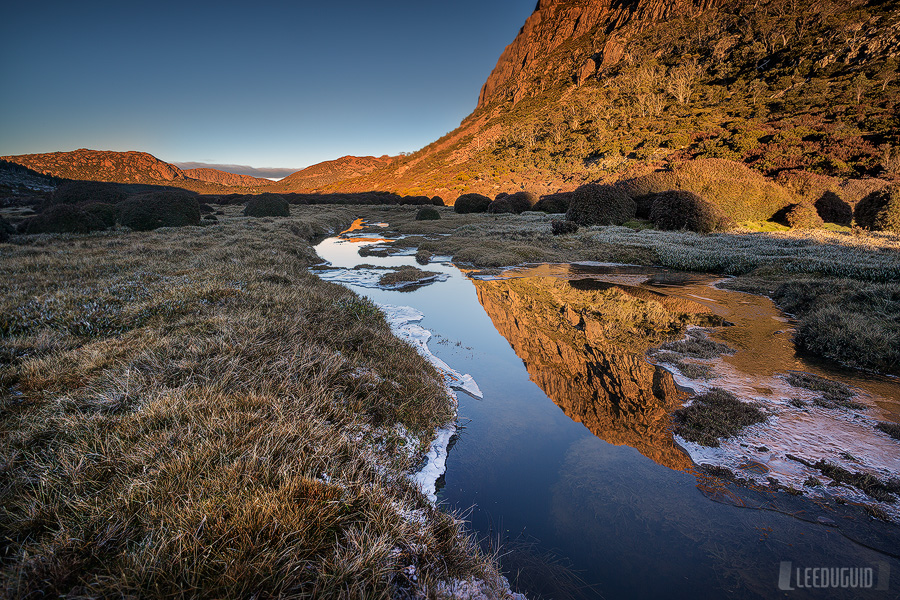 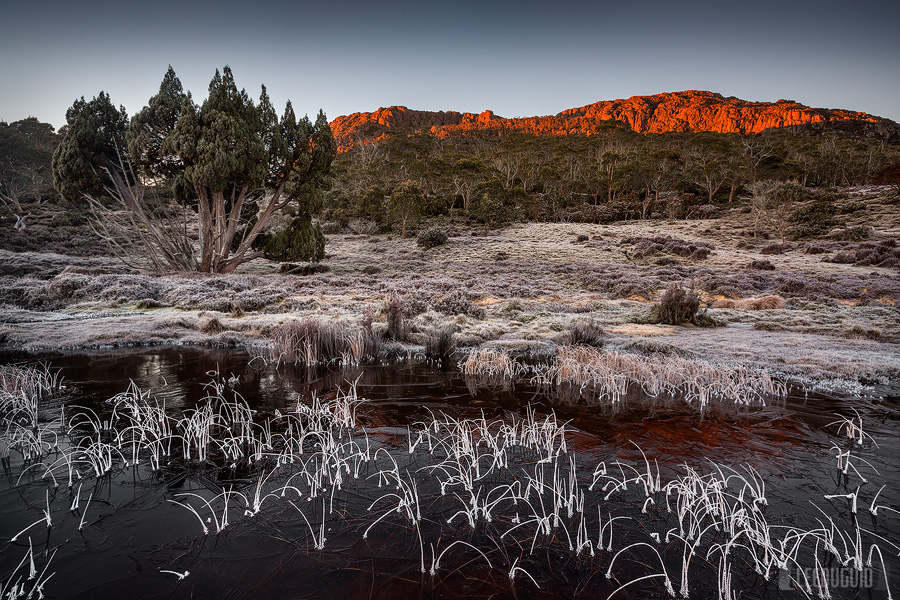 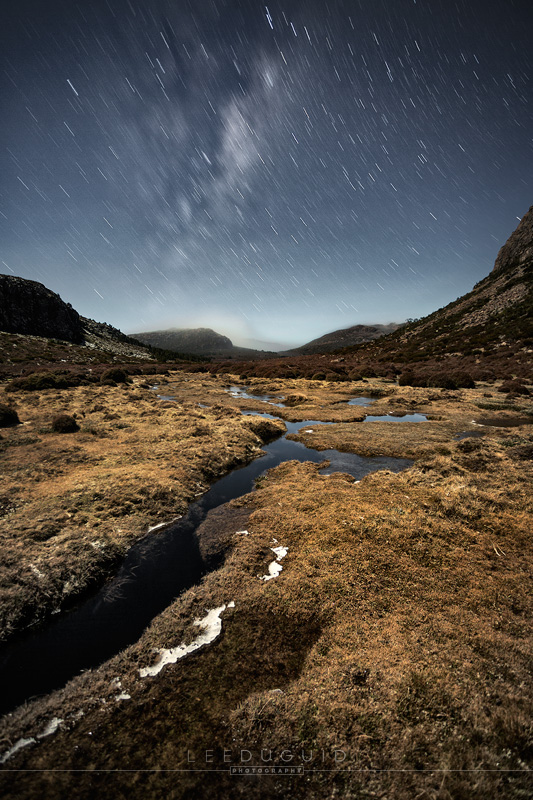 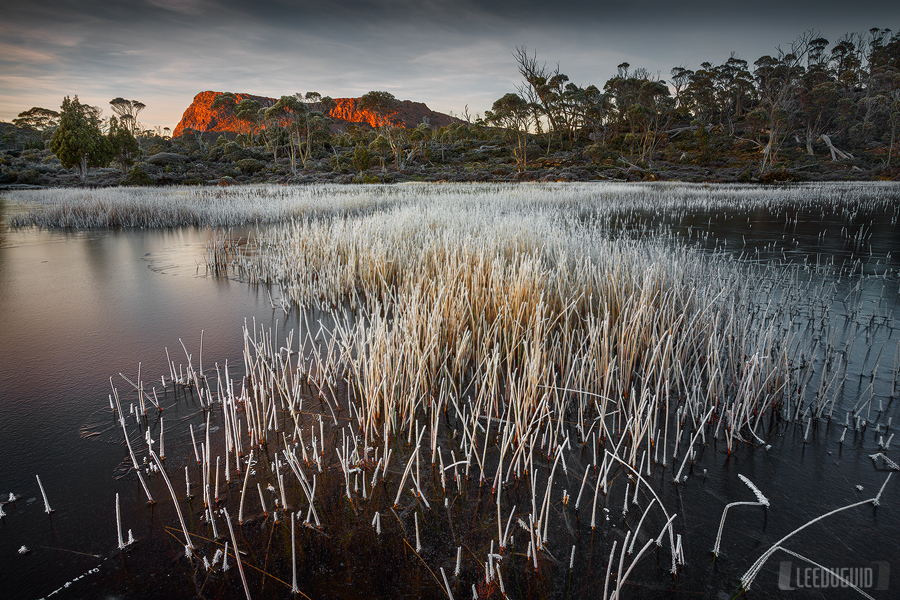