Being a new member to the AIPP I was extremely excited to attend this years AIPP ‘The Event’ in Hunter Valley, Australia. As an added bonus Robert Gatto the MD of Kayell invited me to a private dinner at the amazing Tempus Two Winery. I was sat at the big boys table with Peter Eastway and Dr Les Walkling, two guys who are renowned in the industry. Who am I kidding, that was the real reason why I was excited. So off I went up to the Hunter for four full days of photography.

For those of you that haven’t heard of it ‘The Event’ is an opportunity for photographers from all over Australia to come together for several days of networking, socialising, whilst being educated by the worlds finest photographers. As photographers we generally work alone so this type of event is a great way to discuss the industry, and its future much as you would on a daily basis in an office environment. Photographers don’t have this luxury and are otherwise on their own fumbling along trying as best they can. 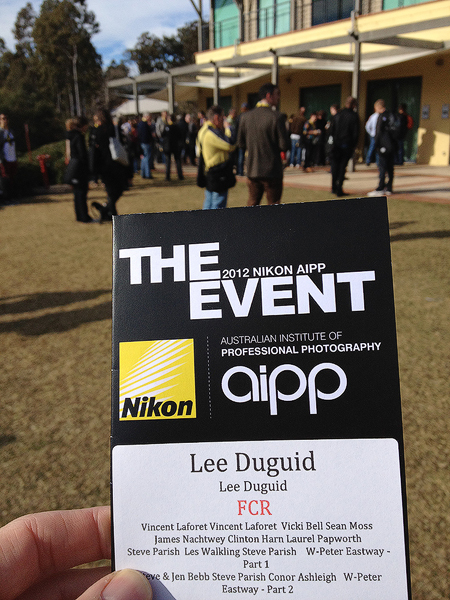 Here are some of the more notable highlights from the convention:

Vincent Laforet – Vincent is ‘that guy’ who shot the first polished short film using only the Canon 5DMkII. If you are into camera’s you will have seen it, if not where have you been?. Vincent shot for the New York Times winning the Pulitzer Prize for his work covering 9/11, and had the foresight to be one of the first to shoot video using dSLR’s. His talk was inspirational, a true testament to what can be achieved with determination, and perseverance.

– Keep it simple, it’s not about the gear.

– Learn technical aspects so you can forget about them.

– Go out and shoot substandard photos or video just make sure you learn.

James Natchway – You’ve probably seen James work without realising it. James work is truly breathtaking, humbling, and immensely powerful. It’s hard not to view his photography without being moved as we all were when listening to his life story. When you listen to James, his photography has little to with shutter speed, aperture, ISO…I mean who cares really? The technical aspect don’t make the photo. Of course he has to capture a usable exposure but really as long as the technical aspect don’t detract from the image do these settings matter?

The questions that are more relevant in my mind are about his journey and what brought him to witnessing and photographing some of humanities worst atrocities. What inspires him to do so? How does he detach himself from what he sees? How dangerous is it really? I don’t think I could sleep at night after seeing what he has but the overwhelming sense of duty to report such things keeps James going back for more. I urge you to view his story here.

Steve Parish – After listening to Steve talk about his journey and spending some time with him over lunch I was astonished at his positive outlook on life. This is a man who had lost a third of his entire life’s work in the Queensland floods and had just had all of his uninsured camera gear stolen. He did not have once ounce of regret or negativity about the events and noted that these type of thoughts will only hold you back. His honesty and outlook was amazing. 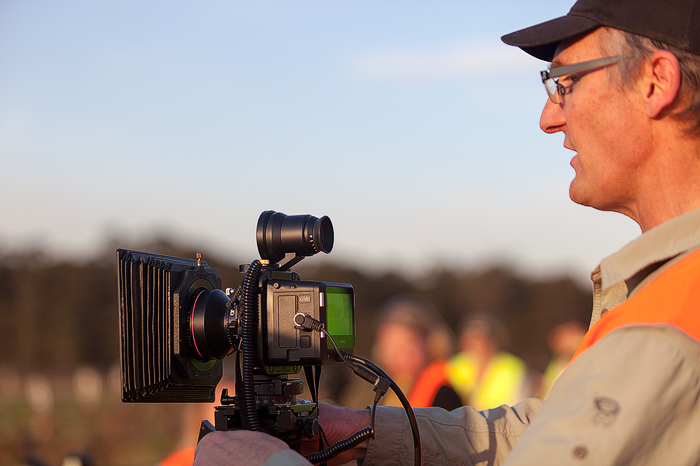 Peter Eastway – Any of the landscape photographers out there will be well aware of Peter, his amazing photography and may have even read his magazine Better Photography. It really doesn’t matter how much you think you know in photography, listening to other photographers is always insightful. Everyone has their own techniques and there is always something to learn. I was fascinated how fanatical Peter is at perfecting image quality, especially for large prints where detail is key.

– Use spikes rather than rubber feet on your tripod to obtain the best contact with the ground maximising stability. I agree with this to certain degree although rubber feet would still be better on smoother surfaces.

– Use mirror lockup or live view to eliminate vibrations caused by the shutter retaining image sharpness.

– Focus stack images shooting at the optimal aperture of the lens (usually two stops down from wide open) to maximise detail.

– Buy a horrifyingly expensive camera like that shown in the photo above.

Alexia Sinclair – Alexia is a master of Photoshop and creative vision. For her the camera is the first step in a long process. It is used to capture many different elements of a scene that has yet to exist. It’s not until she has spent numerous hours in Photoshop adding layer upon layer, composting several photographs is her work complete. I highly recommend you check out Alexia’s site and the free Photoshop videos she has. You will be amazed at the amount of work that goes into creating these masterpieces of contemporary photography.

I hope this gives you an insight to this amazing conference, please let me know if you have any question and I hope to see you at next years.