Photoshop, How much is too much?

Good questions Lee. Well my opinion has changed considerably as I learn my craft and try to perfect the art of image making. Yes as a photographer we make images. First we pre-visualise an image, then capture the scene using our camera, and finally we process the resulting image to some degree. This can either happen in camera by the camera’s software (yes jpg’s are actually processed by your camera which adds contrast, applies sharpening, sets white balance), in a RAW editor, in Photoshop, or indeed by processing the film and exposing photographic paper. So when you are looking to enhance an image using the likes of Photoshop when is the right time to stop? When does an image turn from a photograph to an illustration? Well….in most cases this is subjective, it is up to you, there is no right or wrong answer.

At first I didn’t use Photoshop, then I used it but I used it badly, now I live in it. In my naive early Photoshop days I used to shy away from pushing an image too far saying “ooh you can’t do that!”. I didn’t know the photographers I admired (and still do) extensively use Photoshop to create the amazing images I saw…I thought there something I was missing in capture. These days I don’t seem to carry the same guilt as I used to allowing for ‘artistic interpretation’ of a scene. I still favour that realistic look but know to get the most out of an image, to make it stand above the rest I need to somewhat process it in Photoshop (there are exceptions of course). So is the final post processed photograph what I actually saw? Sometimes. I could say it is how I interpreted the scene but that’s just a justification for the evil doings of Photoshop wizardry. Again I’m of the opinion that the degree to which you post process an image is up to you, don’t let anyone determine what you can or can’t do. This will be how you create a style and people will either love or hate you for it.

Anyone who has used Photoshop knows it takes a long time to master and as I’ve got better I find myself pushing my images further. I can’t say I spend more time on them, I’m just better at what I do (currently averaging at about 15 minutes per image). There are the exceptions to the rule and some images take me hours to process. I have been known to remove elements from a scene however I have never replaced a sky. It’s interesting, there seems to be an ethical boundary or limit among the photography community, there are those who will replace a sky (replacing a sky with a better one from a different image) and there are those that the mere thought would disgust them. I’m not apposed to replacing a sky…I just haven’t found the need to yet.  How far I post process an image depends on the image, does processing it improve the image if I push it a bit further or am I trying to make something out of nothing? The basis of a good image has to be there in the first place and that can only happen at capture.

The image below shows a considerable amount of processed image. All the elements are there, I mean I haven’t changed the sky or anything, just removed some boats and darkened it down. Some people may think this is already too much, I would love to know your thoughts. I chose this photograph and to write this article as a similar (but better) shot was selected as the winning image of this years Take a View – Landscape Photographer of the Year competition. After it was soon discovered the photographer, David Byrne had used Photoshop to drop in a different sky the image was soon disqualified (read more here). This brings me to my one exception regarding the use of Photoshop, don’t over process an image if there are competition rules dictate it….otherwise knock yourself out. I believe that regardless of whether an image is heavily processed or not, Photoshop is part of the creative process. Who cares how an image was created, it’s about how it effects you at an emotional level. I would still award David, he’s an awesome talent but I’m sure the purists would disagree. Leave a comment, tell me what you think. 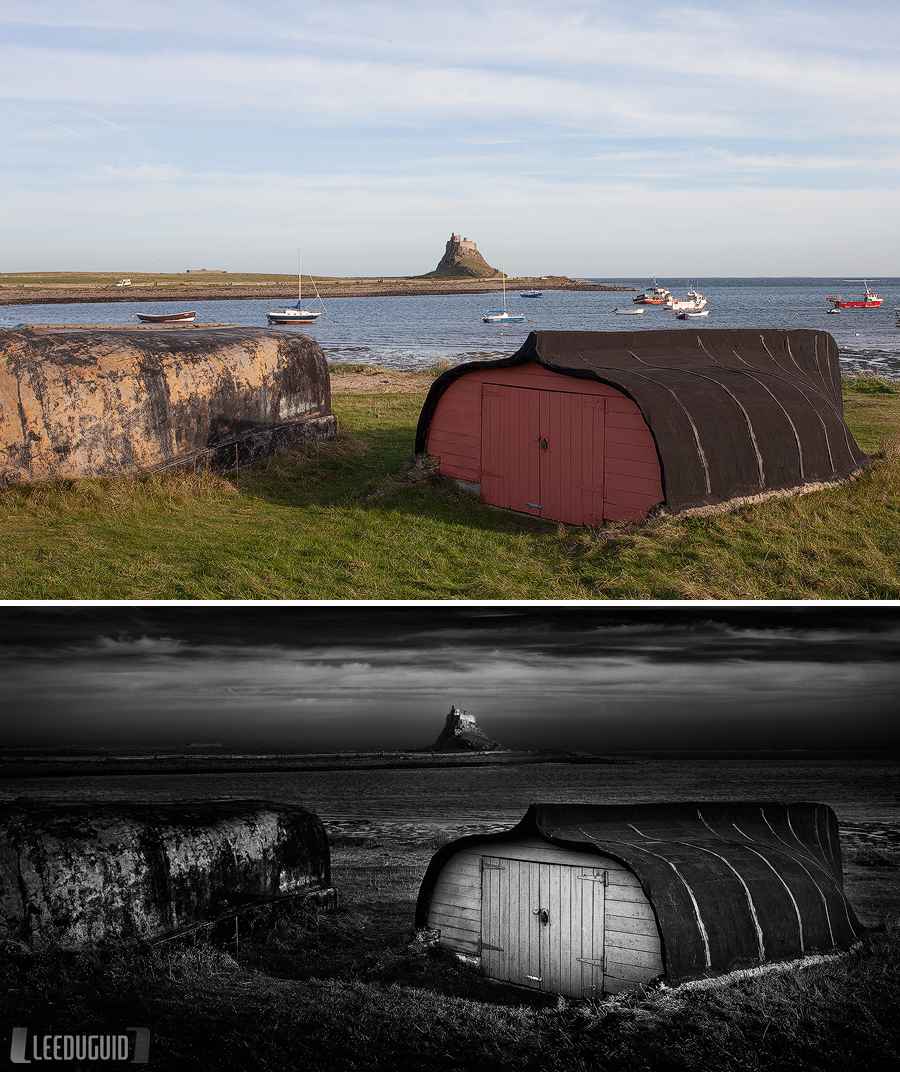