A weekend break from Sydney brought me to Stanwell Park only an hour South of Sydney and the next town up from Coalcliff. I know photographers that have travelled here from Sydney for sunrise so I gathered there must be something worthy to shoot. A short walk from the car I came across this awesome outlet where the overflow from the creek behind had carved its way through the sand and out to sea. The sand banks were continually shifting as the water eroded the sides. It was hard to capture this scene in the relative dark without it moving. With the tripod legs fully extended I was able to get the correct perspective to see the full curve in the sand. 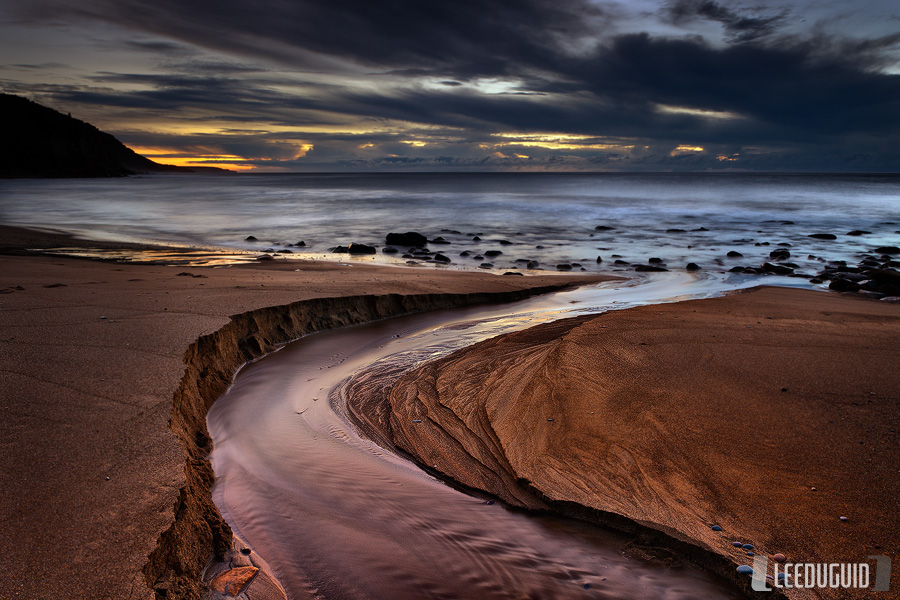 Venturing to the interesting rock formations that litter the coast I settled on this ‘S’ shape, something I can’t imaging is all to common in nature. The water was dropping off the rocks with every wave giving it that nice string like appearance as I precariously shot it from the rocks above. That was until a large wave hit me and I had to retreat to dry my camera. 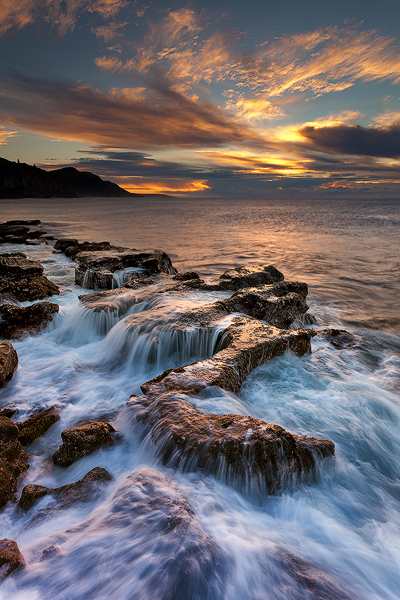