So the individual results are in and as it is with almost every competition there has been a degree of contention regarding the results. This has been further exacerbated for the Loupe Awards by the introduction of a more open judging process. This year each entrant has been provided with scores from each judge rather than just an average and on occasion the judges comments. This gives the entrants a great benchmark as to how their images sit with a number of different photographers as well as some constructive comments to help them improve for next year. I think this is a great idea however it has left Loupe managing dozens of angry photographers in a very public forum, Facebook.

Not everyone viewed the feedback in a favourable manor. Looking at the results coming through on Facebook (via fellow photographers status updates) it would seem there has been one particularly stringent judge which has left people questioning the judging process. As a result of the low scores those who have had their images judge by this person have had their average score pulled down. I guess people would expect the scores to be somewhat bunched together with only a few marks separating each. This anomaly is ok if everyone was judged in the same way but it would seem this is not the case.

For me the scores have also been a bit all over the shop with the biggest variance of 13 points separating the highest and lowest score for the same image. In real terms that’s the difference between a Gold or a Bronze award so it is quite a substantial different. I have included this information below to compare with your own results.

So does it really matter? Is everyone’s pride hurt more than anything? Well yes, to both. In reality entries are not judged equally, a pool of judges are used adding an unknown variable to the equation. Due to the large volume of entries it is not always possible to have the same group of judges scoring every print within a category. This is the nature of the beast. I started writing this blog post with the attitude of “if you don’t like it, you can lump it”. However the more I think about it, the more I realise the judging system is flawed. It would seem that in addition to a great photo of a suitable style, lady luck also needs to be on your side.

In regards to the critique I think the comments are fair, after all photography is subjective and everyone has an opinion (same goes with the scoring I guess). Anyway interesting discussions online, overall I’m happy with my results however I do think the judging process can be improved for next year. 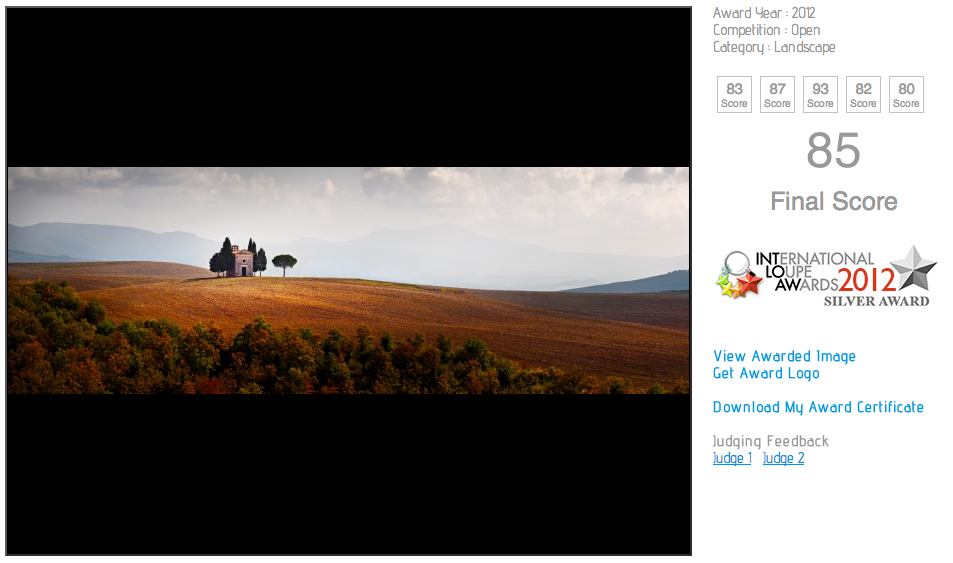 Critique Comments:
– I would have liked to have seen more detail in the sky but I still think that the composition works
– Great shot. love the placement of the main subject and the composition. 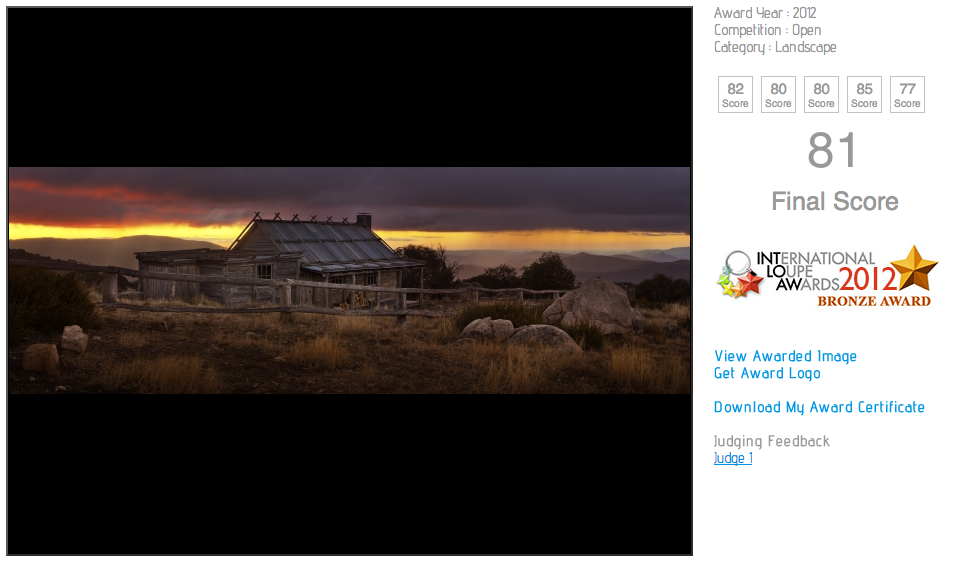 Critique Comments:
– A bit of a cliche but well done 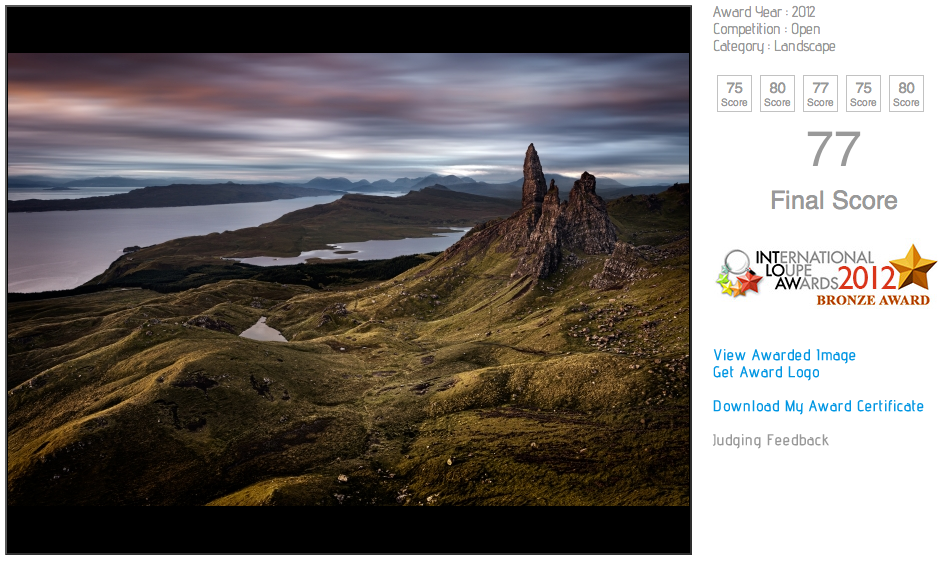